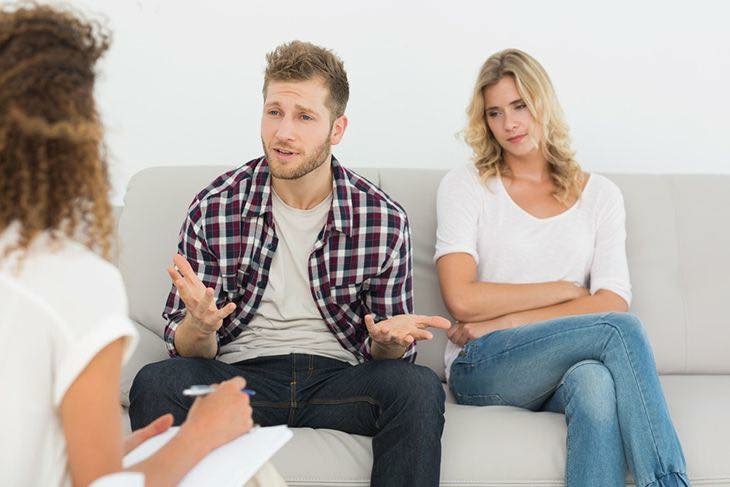 By Rob Chambers Marriage Coach.
Have you ever considered marriage counselling? Or have you already started.If your marriage is in trouble, most likely the answer may be a YES.

But will it really help you? Will traditional counselling be a healing experience, and save your marriage or will it make your situation much WORSE? I have been a “so called” marriage counsellor for over 20 years and I’m telling you now, this form of counselling just does not work anymore.75% of couples after a few months of traditional counselling do end up separating and spend a lot of time money and energy, that’s the truth.Ive seen it happen over and over and wish they had seen me first instead of supporting some law firm financially, with a divorce and fighting over assets and children at the end. Where they could have been happily married with each other and have that loving caring marriage, relationship they always wanted all along by undertaking our 6 week MARRIAGE success program.

Most counsellors or psychologists that I know of in Australia who work with couples are trained to do a lot of INDIVIDUAL counselling one on one.They view their marriage work as an extension of individual counselling.This is just simply crazy.It’s like asking a private tutor to take over a classroom full of students.Please let me explain.

Individual counselling is a very laid back experience. The counsellor just asks questions and empathizes patiently as the client tells their story and the counsellor just sits and nods and sometimes asks how do you feel about that. Wherever the story goes the counsellor follows and makes sure the client feels heard. Together, the client and the counsellor discuss available options.Though in my experience the counsellor just sits there with hardly any interaction. The first session usually takes 60 minutes and rounds it all up in 50 minutes after looking at the clock on the wall and that’s it for maybe another week. I never take my first session with my clients under 2 hours it’s just a waste of time having one hour you just get started and you have to finish and never get much accomplished. With traditional counselling this may continue over the next few months giving the couple plenty of time to just give up as most do and separate owing to no backup service, after hours, or leaving empty handed, no videos,nothing to read.And no call the next day,to see how things are going. Or even worse, you can’t even contact them till the next session.Some times they may seek another counsellor. Going from one to another, called counsellor hopping.Then they just may call me. After speaking to them and telling them about our success rate and our 6 week MARRIAGE SUCCESS PROGRAM. I usually convince the couple to book a session with me and try a new approach, called MARRIAGE COACHING. A far better way of saving marriages,than traditional marriage counselling.As I know that ……..

this method called marriage counselling, just will NOT work these days, if you’re trying to stop a divorce keep your family together and save your marriage or relationship.

Reconciling a marriage requires STRUCTURE, DIRECTION,DEDICATION and GUIDELINES. And the role of the professional coach in each session is to be assertive and provide LEADERSHIP. As i do,otherwise a couple will simply move the battle ground from their house to their counsellors office.This does not happen with me, as most of my marriage coaching is done in the comfort of my clients homes, were I see them for who they really are In there environment.Not in some controlled office environment.The counsellor may feel that a lot has been clarified, but that’s because it’s the first time the counsellor heard the fight. For the couple, nothing was really accomplished. In fact, the couple leaves the session feeling hopeless and as many couples who I have seen me after they went to traditional marriage counselling,looked at each other after a session said to each other, that was just a waste of time and energy wasn’t it!

Helping a couple heal a marriage or relationship is a completely different process than helping an individual “find themselves.”As to say.If you want help with your marriage, you don’t just want a professional to listen, you want someone with the confidence,assertiveness and the ability to provide a clear path to healing and who isn’t shy about holding you and your spouse accountable to it. In short, you want LEADERSHIP. You want direction.You want someone to tell and teach you what to do…what’s worked for other couples. Traditional Marriage counselling usually fails in this regard. MARRIAGE COACHING on the other hand, provides a clear and proven step-by-step system for renewing your marriage or relationship.

Another problem with traditional marriage counselling is that it unnecessarily demands that both parties get in touch with their FEELINGS.

Picture this: one day John gets a wake-up call from his wife and realizes that he better shape up or he’s going to lose his family,John agrees to see a marriage counsellor. Early in the first session the counsellor asks John , “How do you FEEL about being here?”

John says, “I just want to save my marriage.”

“No John , that’s not a feeling,” says the counsellor, “that’s a thought. How do you FEEL?”

“I don’t know,” says John , “I thought we could talk about solutions to…”

But John is NOT interested in individual counselling. He’s not looking for insight into himself; he wants to fix his marriage. He doesn’t care about his psyche right now; he cares about his wife and what is to become of his marriage. And there’s nothing wrong with that! Is there.

Unfortunately, the traditional marriage counsellor sometimes advise spouses to separate into individual sessions when they really want to work on their marriage. But individual counselling is NOT a prerequisite for marital work! Unless they are being very difficult at first.As I have found with some couples when arriving at there home.Also when i see clients in there home I see them for who they are.In the comfort of there environment.

Separation, in general is not good for married couples or there children if they have any.And as for children it simply tears them apart.

Let me be clear about this point. I’m NOT saying that there’s anything wrong with self-discovery. In fact, understanding yourself and developing good self esteem can only be positive AND it will certainly help you succeed with your marriage. However, it’s not necessary. You CAN transform your marriage without entering individual counselling.

Many traditional marriage counsellors would describe themselves as “neutral” counsellors; meaning that they aren’t in favor of marriage or divorce. Instead, their job is to guide you through a cost-benefit analysis. In other words, would you gain more by staying married or getting divorced?

If you should happen to meet a counsellor with this approach, while you’re at it, ask them if you should buy or rent. Lol I certainly do not entertain this approach.Im totally for keeping the marriage or relationship together.

Our society has become very consumer oriented. Unfortunately, this consumer mentality has seeped into marital counselling. But deciding about your marriage is NOT liking to a purchasing decision. Relationships and family values do NOT lend themselves to charts listing pros and cons. That would be like trying to grasp an idea with your hand; it’s the wrong approach. And it won’t work.

The other thing worth noting about this cost-benefit approach which is typical amongst “neutral” therapists (by now you can see that they’re not really neutral) is that it “favors” the more self-oriented spouse. But in a troubled marriage, it’s that selfishness that needs to be tamed not freed.

I want you to know that I am NOT neutral. Except where there is physical abuse or danger, my job is to support the POSSIBILITY that you can restore your marriage. I’m pro-marriage. I’m not on your side or your spouse’s side. And make it very clear I’m on the side of your marriage. And I think that’s what most people need when they’re having marital problems; someone to show them hope and offer them a clear path to restoring their relationship.

Recently I helped a woman named Mary save her marriage. She and I had a number of private sessions together and eventually with her husband too. She said something to me after she felt safe in her marriage that I’m really proud of. Mary said, “You know Rob, when we went to marriage counselling, the counsellor just kept asking us questions. But I got sick of being asked questions. I wanted answers. You gave me answers. And for that I’m thankful.” And what I do give them what they want the right answers.We get in the same page very quickly.

If you’d like answers too then give me a call,and make an appointment to see me to start our 6 week MARRIAGE SUCCESS PROGRAM.

One last important point. I want to be clear that I’m not against any sort of counselling. There are some very good counsellors that I know of who truly understand how to help a couple succeed with their marriages.We have over a 90% – 100 % success rate if you do the work needed and sincerely want your marriage to succeed. Compared to traditional counselling which has a 75% failure rate. So basically which would you choose.. There’s nothing else like MARRIAGE COACHING. And the best news is you don’t have to dig into your past,and drag up your problems, or practice communication techniques. This is definitely not marriage counselling; it’s MARRIAGE COACHING. Basically we inspire and teach you how to put your marriage and relationships back together with our intensive 6 week MARRIAGE SUCCESS PROGRAM.We give you homework to do in your own time we give you videos,our 7 e books on relationships, our support by phone when you need to talk to someone. Unlike traditional counselling we don’t shut our doors at 5 we are there for you 24/7 even after you have finished our 6 week Marriage success program.If you want a great marriage now.Start by ordering our 7 e books.”Secrets To A Romantic Love Affair In One Week.” Go to Www.apcservices.com.au

Studies show that consistency is all important

There are many variations of passages of Lorem Ipsum available, but the majority have suffered alteration in some form, by injected humour, or randomised words which don’t look even slightly believable.

To take a trivial example, which of us ever undertakes laborious physical exercise, except to obtain some advantage from it? But who has any right to find fault with a man who chooses to enjoy a pleasure that has no annoying consequences, or one who avoids a pain that produces no resultant pleasure

The Complete 7 E-book series to repair your marriage